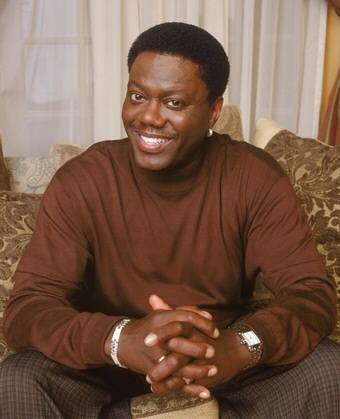 This is the STUPIDEST thing I’ve heard all day. But it’s only 8AM, so it could get worse. It seems, that Bernie Mac was a guest speaker at an Barack Obama fundraiser, and someone was offended by his routine.

BRENIE F’ING MAC!!! Someone made a mistake thinking he was a G rated comedian! Bernie was doing his thing for the guests who paid $2,300 each to attend, when he was HECKLED!!!

“My little nephew came to me and he said, ‘Uncle, what’s the difference between a hypothetical question and a realistic question?'” Mac said. “I said, I don’t know, but I said, ‘Go upstairs and ask your mother if she’d make love to the mailman for $50,000.'”

As the joke continued, the punchline evoked an angry response from at least one person in the audience, who said it was offensive to women. “It’s not funny. Let’s get Barack on,” a man shouted from the crowd…

Obama came on 15 minutes later, and did damage control.

For those of you that can’t place who Bernie Mac is, he was in Ocean’s 11. Not Don Cheadle “the brit”. He was quite toned down in those movies… And at the event! His joke wasn’t even THAT bad considering the rest of his stand-up. Don’t believe me? click below.